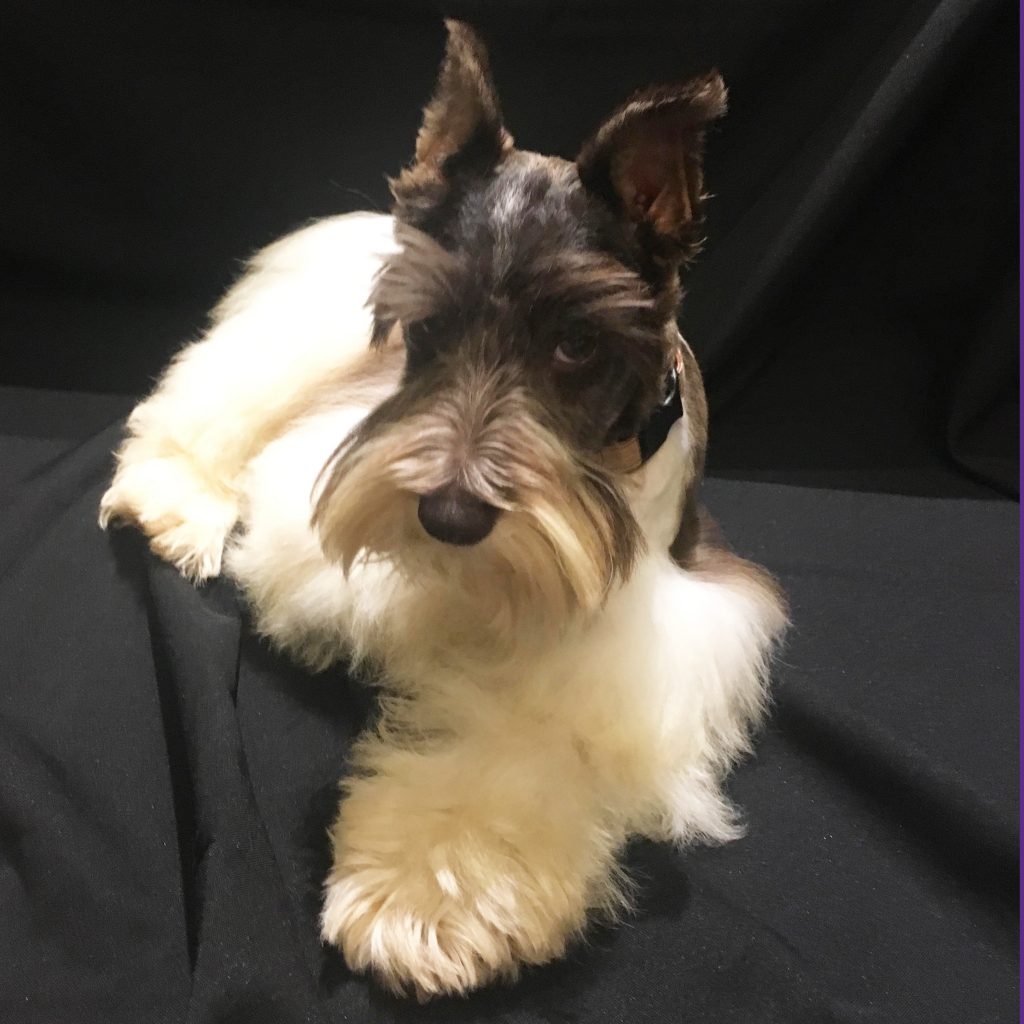 When we last saw Hero the miniature schnauzer, his loving dog mom, Avis, had won her bid for him at Dragonfly’s 2018 Crown of Beauty Gala Silent Auction! But where is he now?? We caught up with Hero to get the scoop!

Hero prefers to look sharp, wearing a bow-tie most everywhere he goes. He impresses everyone with his skills and smarts. At puppy school, Hero learned his new commands quickly and aced all his new tricks. That’s where he met his best friend Boomer, too!

“He loves being a road dog and going both to new and his favorite places,” his mom said. Hero’s favorite places to hang out include the pet supply store, where everyone knows his name and loves him, and his grandma’s house. Though he loves car rides, he prefers to avoid the car wash at all costs.

Pup cones are Hero’s favorite treat! Put a banana in front of him though and he will not touch it (he doesn’t mind the peanut butter on the banana, though).

Hero can frequently be seen with his favorite toy – a colorful dragonfly – to honor his full name and how he got his start supporting services for survivors of human trafficking at The Dragonfly Home! We are honored to have Hero on our team! 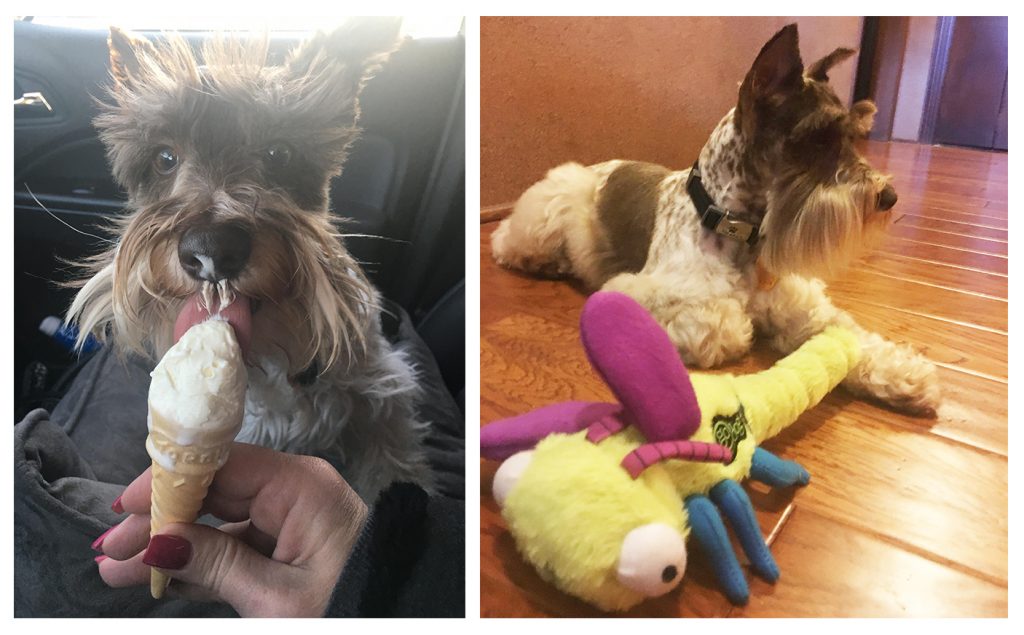